Simon Bell’s Pericles, last year, was very exciting for me as I had never seen it live before. I went to the opening night and one of the late performances in its run. I thoroughly enjoyed it the first time but it had grown noticeably in stature by the second time. When Tessa Hatts, playing Gower, the ‘chorus’ figure, exuberantly exclaimed "I am in the play!" it drew an immediate, spontaneous burst of applause from the entranced audience.

It is far from the first time that I have seen a play at the CSF twice, but it was first time I have done so from the same position. Nothing was different, then, in my situation, yet it seemed much had changed onstage.  This may have been partly because I  did not notice "smaller" things on my first viewing but I think mainly it was that the cast and director had evolved their production, there definitely were new elements (biting the "corpse", for one) and the ‘minor characters’ were much more expressive.  However, this is not to say that they had not got it pretty much bang-on from day one.

I should like to stress that I really enjoyed the opening night of Pericles, too. I thought that structurally it worked well and two main characters, by that I mean Gower (Tessa Hatts) and Pericles (Max Sterne), and the interaction between them was exceptionally well done. However, as may be expected, it was an even more pleasurable experience two weeks later. 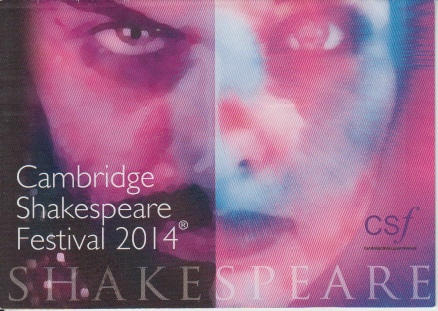